Tesla Solar Shingles: What Every Roofer Needs to Know. 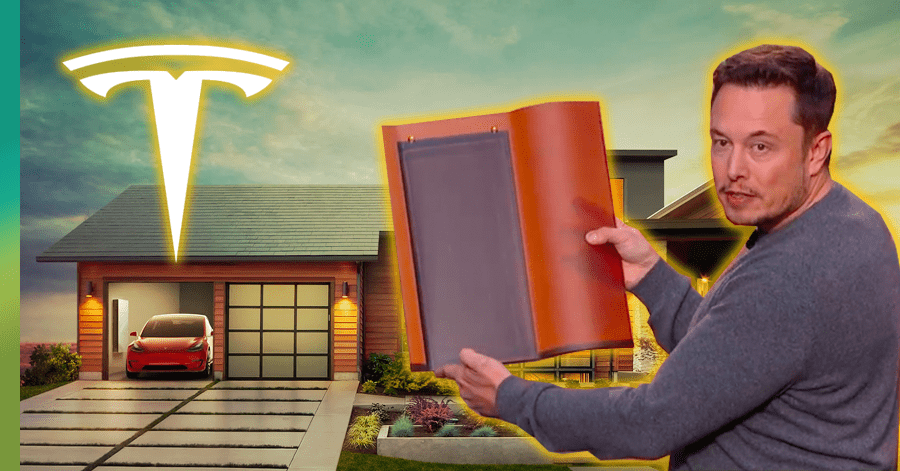 14 things you need to know about Tesla roof shingles.

On October 25, 2019, Elon Musk and his inner circle of tech engineers announced that their revolutionary new solar roof shingles were finally ready for mass market. Tesla’s “photovoltaic” glass tile is the company’s third attempt at perfecting a market-ready system and now they feel they’ve got it. With fewer parts and sub-assemblies, it’s a simpler design than previous prototypes. The product has already been installed on a handful of homes. Musk is right on time with his revolutionary innovation, as state after state considers bills to require that new home and commercial construction, as well as renovations, incorporate energy-wise roof systems.

Tesla is apparently fueling solar roofing demand by getting behind the Energy Freedom Coalition of America which lobbies for construction requirements,  requirements which are sure to favor Tesla’s solar roof shingles, solar panels and other renewable energy products.  But will Tesla’s solar roof tiles spell the end of conventional slate, shake, tile and asphalt roofing? Not in your lifetime, but, just as many roofing contractors have moved away from tar and gravel roofing to modified bitumen and rubber roofing, so will go some types of conventional slope roofing materials in favor of modern solutions, especially if homeowners are forced to use photovoltaic alternatives someday.  So, get educated and get ready for solar roof shingles. They may be beyond the price range for most property owners, but the time is coming when they’ll be a significant demand. Learn as much as you can about Tesla’s solar roof shingles because consumers will certainly be asking you questions about it. 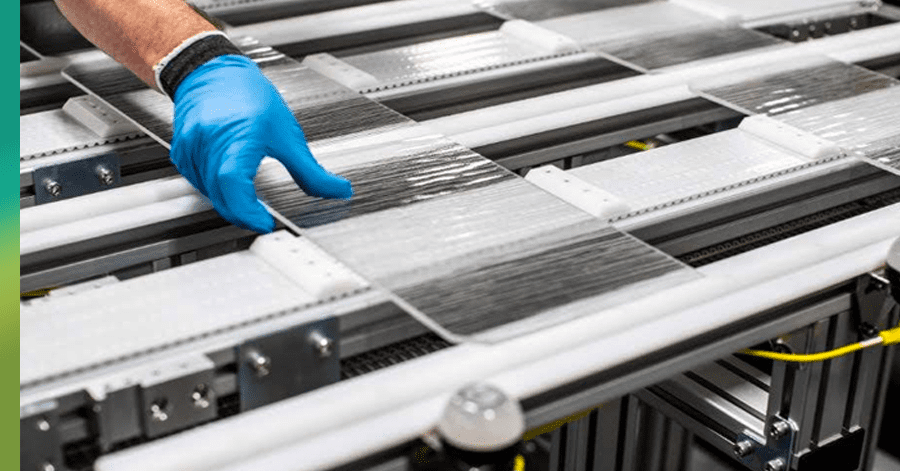 1) What are solar roof shingles?

Tesla solar roof shingles incorporate Panasonic’s ultra-efficient solar cells. The roof system connects to a Tesla Powerwall – a battery backup for your house that ties into grid power for automatic power fail-over and for use when electricity cost is high. Elon Musk has hyped his innovation by comparing Tesla solar shingles to standard roofing, declaring that they look better, are better insulators, last longer, are more durable and cost less when energy savings are factored in.

2) How do the upfront costs for Tesla solar shingles compare to conventional roofing?

Expect Tesla solar roof shingles to cost about USD $22 per square foot ($2,200/SQ). Conventional asphalt shingles cost around $4 per square foot ($400/SQ). Renewable energy-conscious homeowners should compare the cost of Tesla’s roof system to the combined cost of a new non-solar roof PLUS the cost of a solar panel system. That would make it a closer pricing comparison!

Not really. That is coming later. Tesla’s own installers have been responsible so far for the few homes that do have the shingles. (Incidentally, all those homes are in California.) In addition, one would be led to believe that only roofing contractors with a background in electrical systems are prepared to install the Tesla shingles.

We are likely to see some gate keeping on Tesla’s part relative to who gets to install their photovoltaic product. At this point installers directly from Tesla are the only ones with the ability to do these roofing jobs, but as market demand rises, Tesla will likely expand its qualified installers as we’ve seen from major roofing manufacturers. GAF and Owens Corning both recommend contractors to homeowners interested in their products. The contactors at the top of that list are one’s that demonstrate brand loyalty by installing hundreds of GAF roofs. Tesla is more likely to go the route of Da Vinci roof shingles, a higher end product that demands a more skilled roofer. Da Vinci first pre-qualifies the homeowner with a series of questions about their home, then finds certified installers in their area. Roofers should be prepared to compete for the ability to install Tesla roofing products, especially as it becomes more popular among homeowners. 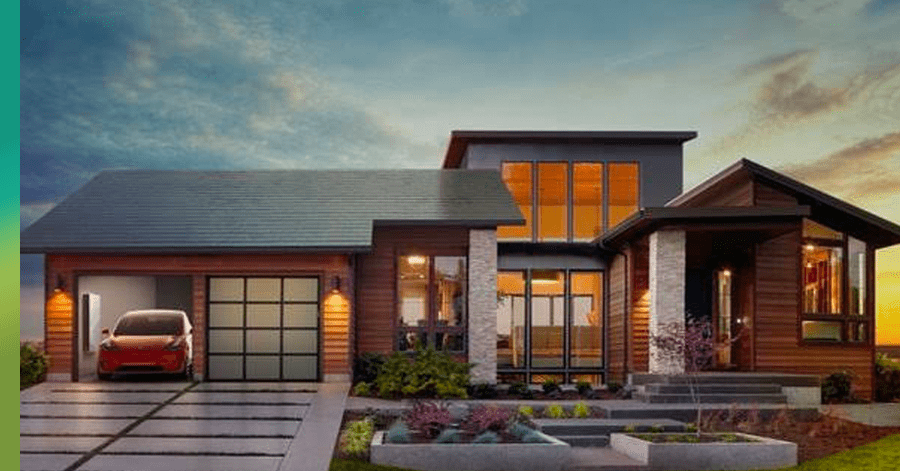 4) Is every shingle in Tesla’s solar roof system a mini solar panel?

5) How are solar roofing shingles installed?

Early images of jobs in progress make the installation process look similar to slate and shake jobs. Battens are set up evenly with the solar shingles overlapping like slate. Since not all of the shingles in any particular roof project using Tesla’s system would be photovoltaic, the solar shingles seem to be grouped together in the area of the roof most exposed to sunlight and connected with small wires to the home grid. Wiring within a roof system raises some obvious questions: Is it weatherproof? Whats the maintenance like? These are questions we may not see answered until we have long term studies of these new systems. 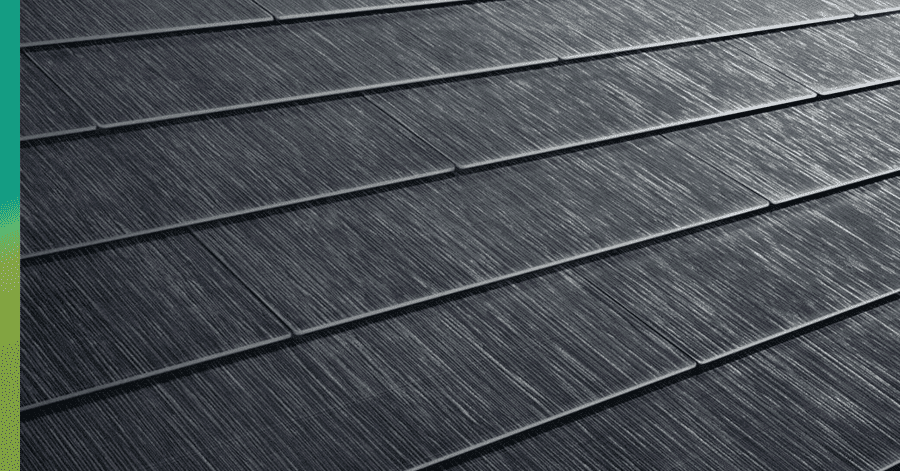 The Tesla solar shingles have a dark-colored tempered glass finish. From the ground, they look like normal opaque shingles but from the perspective of the Sun, the shingles are transparent. The transparency of the shingles allows sunlight to hit the integrated solar cells. Today, design choices for Tesla solar roof shingles are very limited. The company says it will gradually unveil new designs.

8) Do Tesla’s solar shingles last as long as an asphalt shingle roof?

No one yet knows how long solar shingles will last. Tesla is so confident about their product that they’ll replace any roof shingles as long as you own your home. The solar glass roof material they’ve developed is extremely durable according to Tesla. To test the toughness of the shingles, Tesla engineers propelled pellets of hail at them at extremely high speed which left the shingles unscathed, whereas standard roofing materials were destroyed under those same test conditions. 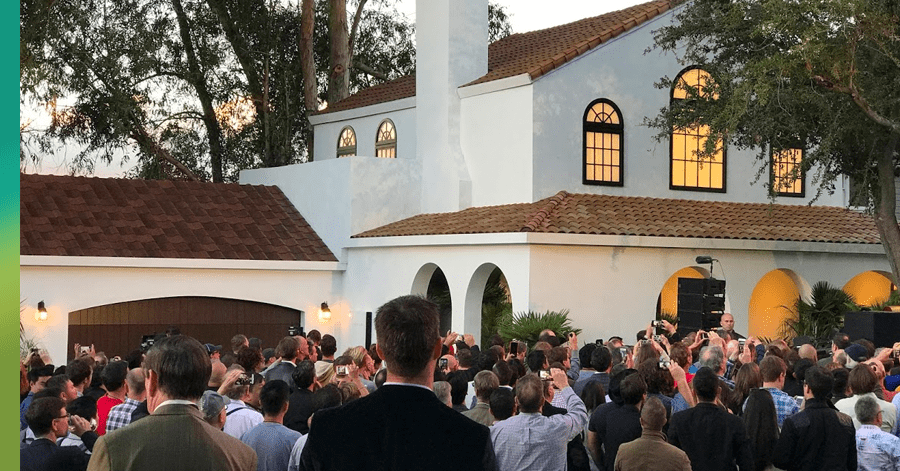 9) Besides generating energy for a home, what are other monetary benefits of Tesla’s solar shingles?

Tesla’s solar shingles are eligible for the 30% U.S. federal Investment Tax Credit. Also, when it comes time to sell your home, if you’ve installed Tesla solar shingles there’s a good chance you’ll see a higher home value than if it had traditional solar panels or asphalt shingles.

10) Do we know all the specifications for Tesla’s solar roof shingles?

Not all the specifications are readily available at this time, but we do know that Tesla’s solar shingles measure 8.7” X 14”. Each shingle has two solar cells that combined produce 12 watts of electricity per shingle. It takes approximately 27 solar shingles to equal a typical solar panel.

11) Does Tesla offer special accessories to go with their solar roof systems?

According to Tesla’s Solar Shingle V3 announcement on Oct. 25, 2019, Elon Musk and other engineers who participated in the press conference claimed they have designed special flashing that complements the Tesla roofing system.

12) Are Tesla solar shingles already installed on many homes?

Negatory.  Elon Musk claimed that the system is installed on hundreds of homes, but that may be an exaggeration. Tesla plans to deliver the product through distributors, but a time frame for that has not been made clear. In the meantime, Musk announced in October that they will be diverting current inventory to California to address the immediate needs of fire-stricken property owners. 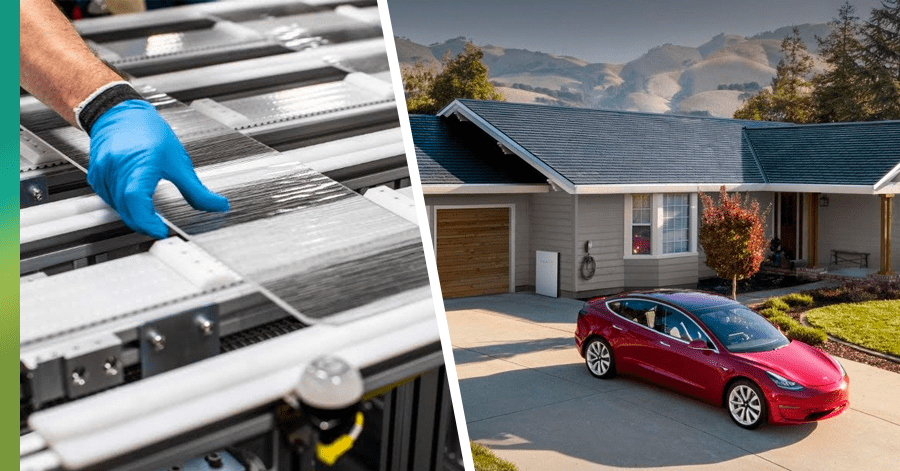 14) Are there other manufacturers of solar roof shingles besides Tesla?

No other major manufacturer has a product like Telsa’s. However, GAF – a leading manufacturer of roofing material – has a solar offering that sits flush on the roof. GAF has installed hundreds of such systems.

So, is traditional roofing going extinct?

Traditional roofing will certainly not be going away anytime soon. For the most part, today’s roofing materials are practical, affordable durable and visually attractive. Plus, there are thousands of great roofing contractors out there who install traditional roofing, providing excellent service and quality. Until photovoltaic glass roof tiles prove to perform the way they are cracked up to (no pun intended), traditional asphalt, slate, tile, clay, concrete and metal roofing will still reign supreme. If there does come a day when solar roof shingles prove their durability, affordability and sustainable energy-generating purpose, that will be cause for celebration, no doubt.  Tesla and other manufacturers like GAF should be applauded for investing heavily in innovations that will limit our dependence on fossil fuels and other environmentally unfriendly energy sources.

Despite a bit of troubleshooting regarding installation issues, Tesla solar roofing tiles are well on their way to powering homes throughout North America, in the coming year(s).

Tesla recently changed the type of underlay it uses and has also reduced the price of the product!

Electrek – an online magazine providing coverage of the entire sustainable ecosystems and related products – reported on 10/25/2020 that Tesla is hiring for roofer positions around the US and approving other third-party roofing companies.

In addition, it appears Tesla will also be expanding solar roof installations into Canada — starting in Ontario. 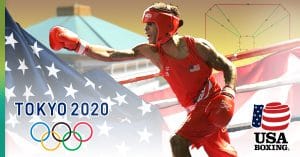 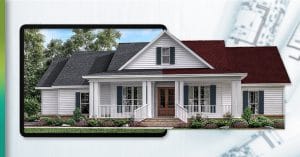 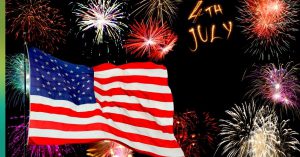 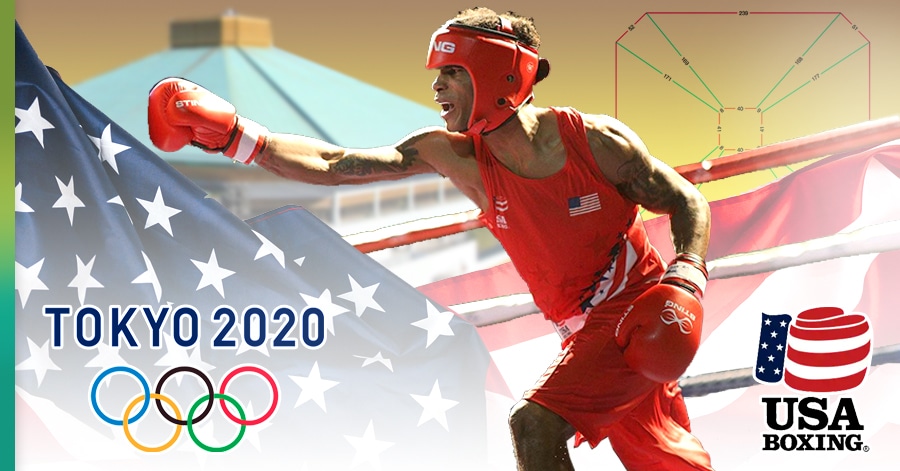 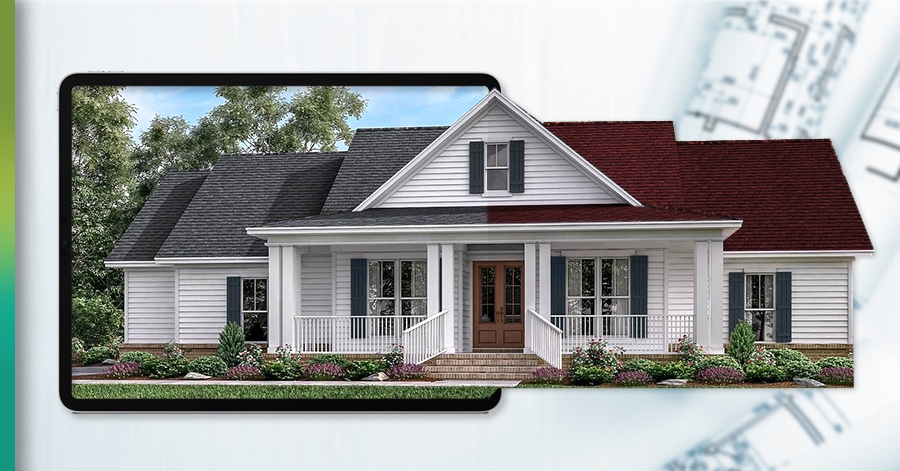 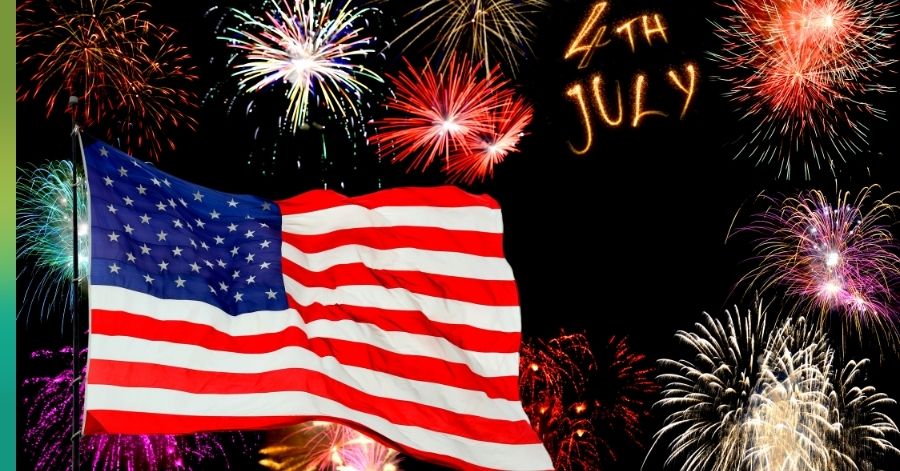